How long are college classes? The answer to that question depends on how you choose to measure length. 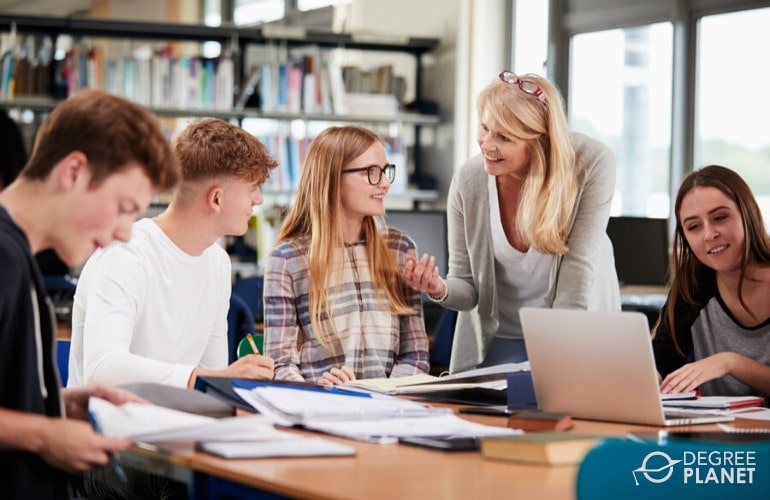 College classes can be measured in terms of individual class time, total class time over a semester, and even semester length itself.

How Long Are College Classes?

Time requirements for college classes are often expressed as credit hours. A credit hour is typically equivalent to one hour spent in a classroom setting during a single week. That means a two-credit hour course would require you to attend classroom instruction for two hours per week for the entirety of the semester.

How credit hours are distributed throughout a single week varies from one class to the next. Let’s say you had a four-credit hour class in English literature. The course might meet for two hours each on two separate days. Those same four hours could be spread out over three or four days as well.

It’s relatively easy to determine how much time you will spend in class over the course of an entire semester by doing some simple math. A four-credit hour course involves four hours per week in the classroom. Over a 16-week semester, that works out to 64 total hours in class.

Note that class time is just part of the equation. Students spend additional time outside of class working on assignments and studying material learned during classroom sessions. For every hour spent in the classroom, students may easily spend another hour doing work on their own.

How Long Is a Term in College? 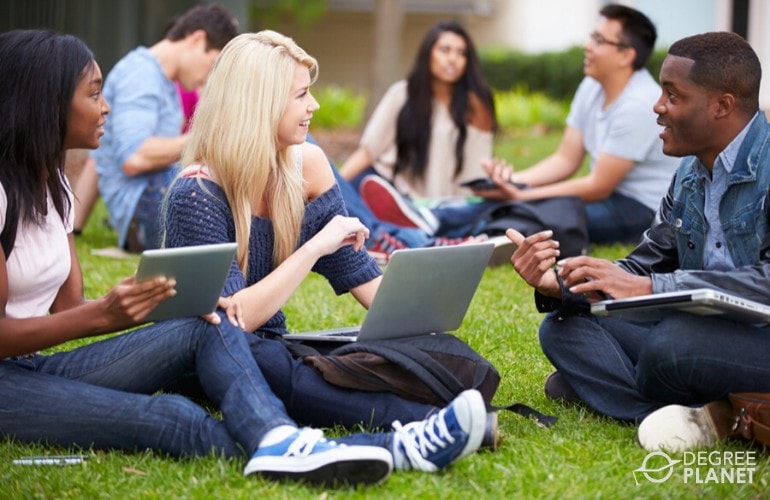 Discussing the length of college classes leads to the topic of terms. A term is an amount of time blocked off on the calendar in which to offer students their classes. Universities and colleges in the US generally follow one of the following three-term schedules: semester, trimester, or quarter.

The semester model is the most commonly used model among US schools. It divides the school year into two terms of about 16 weeks. The fall term runs from sometime in August through mid-December while the spring term picks up in mid-January and runs through May.

The trimester model divides the calendar into four terms but only offers classes during three of them. Classes are provided in the fall, winter, and spring. Most colleges that follow the trimester model offer terms that are about 10 weeks long.

Last but not least is the quarter model. This model divides the calendar into the same four terms as the trimester model. However, the difference is that classes are held during every term.

There is another term model now emerging among colleges and universities that want to offer accelerated classes. It involves starting with the traditional semester model and dividing each semester into two eight-week terms.

This results in four terms that are shorter in length but more concentrated in the amount of study conducted.

How Long Is a Semester in College? 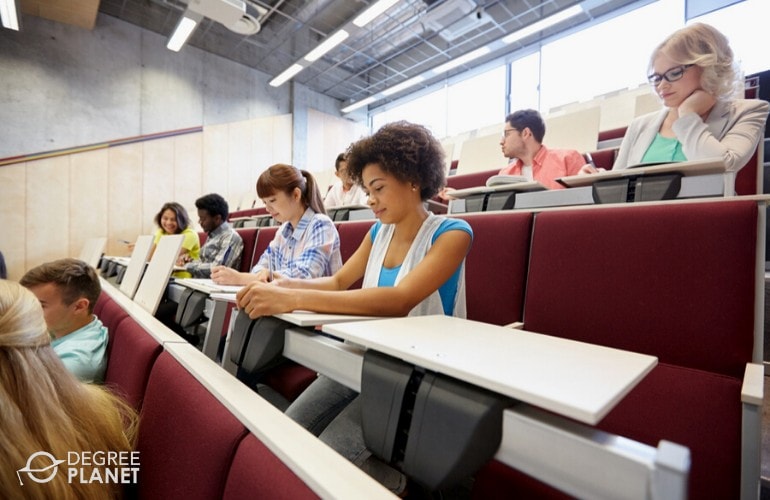 A college with a calendar based on the semester model offers two terms of classes per year. One semester is one term. A typical semester lasts about 16 weeks, though shorter semesters of 14 and 15 weeks are also possible.

Let’s assume a state university offered two semesters per academic year of 16 weeks each. Let’s also assume the university wanted students to have everything wrapped up and headed home at the end of the first semester no later than December 14.

To get in 16 weeks of classes and one week of finals, they would have to start the fall semester no later than the week of August 18.

Universities don’t necessarily always limit finals to a single wee. They also are not locked into 16 weeks semesters. The numbers provided here are just estimates based on current norms.

One last thing to consider in this regard is that semesters don’t necessarily have to be 16 weeks long for online programs. Taking classes online is an entirely different exercise that allows for class acceleration and less stringent time constraints. It stands to reason that semesters can be shorter if need be.

How Long Is a College Semester Online? 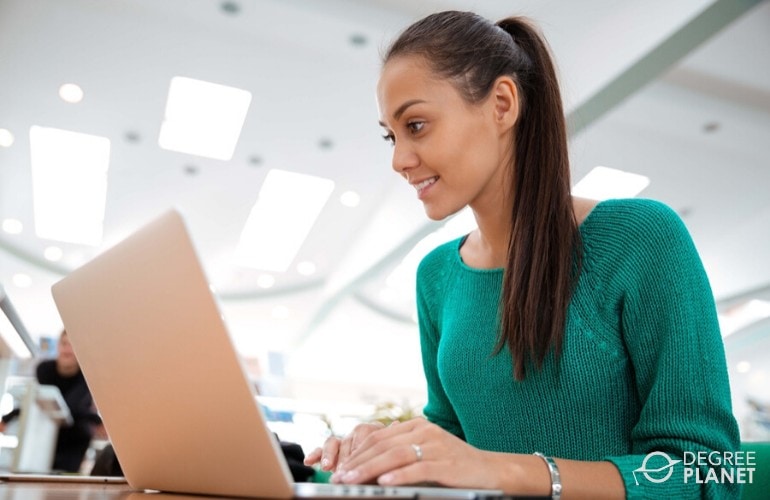 Online classes for college can vary widely depending on the university. Colleges offering online programs tend to tailor their calendars to meet the needs of students. For example, one of the main reasons for going to school online is to complete classwork faster and graduate sooner.

This is why there is a growing trend among colleges to offer accelerated programs for online learners.

There are some colleges that follow the 16-week standard for their online programs. However, it is increasingly more common to find programs in which semesters are divided into two eight-week terms.

The two terms per semester model is what makes it possible to graduate in less time than it would take to complete a similar program on campus. Even better, it’s not unusual for professors to upload all the coursework at the beginning of the year. Students may then be able to complete and submit their work as quickly as possible.

This combination of shorter terms and immediately available work is really the key to accelerated classes. Students capable of handling a heavier workload can get through their programs at a faster pace.

Are College Classes a Semester Long? 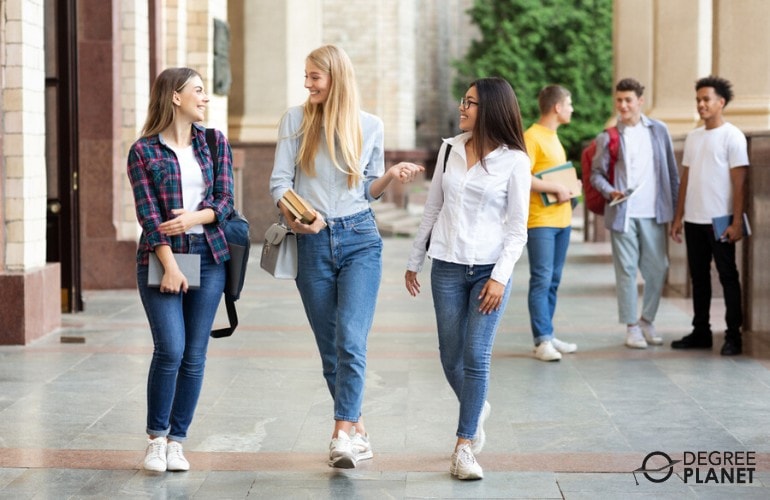 A general rule of thumb at colleges operating under the semester model is that a single class runs for the entire semester. However, there are exceptions to this rule. There are cases when college classes only run for a portion of the semester.

Shorter classes are often the result of a system in which semesters are divided into more succinct terms. Again, shorter terms allow for class acceleration. This would dictate that classes only run for the length of each term rather than the entire semester.

An accelerated program with two terms per semester might offer engineering students an eight-week Physics I course during the first term of the fall semester.

Physics II would logically run during the second term, but some students might not be able to take the course at that time due to scheduling conflicts. They have to pick up Physics II some other time.

Specialty classes that don’t require 16 weeks to complete can also be shorter. These are generally classes that focus on a specific topic within the broader scope of the student’s degree program. They last only as long as is required by the professor to get all the work done.

How Long Is a Quarter in College? 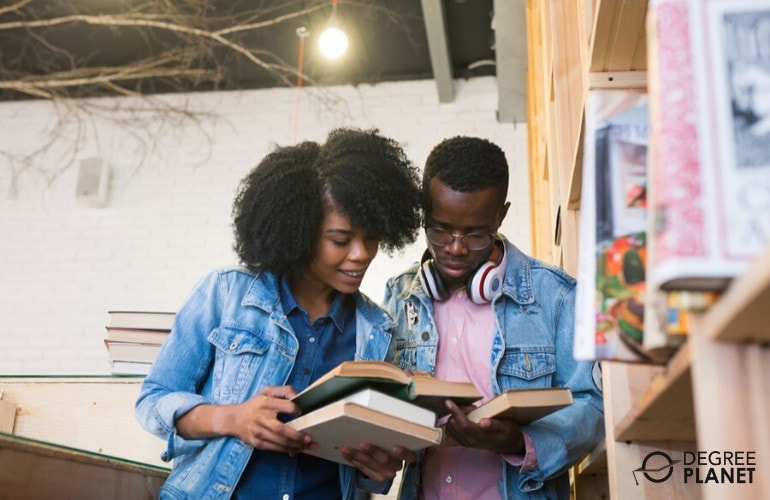 Those 12 unaccounted weeks are evenly dispersed between the academic quarters to give students a break from school. A student attending college for all four quarters could expect breaks of about three weeks between each quarter.

Classes are more evenly spaced so that students are not overwhelmed in a particular quarter. Previously you read that some colleges divide their calendars into four quarters but only offer classes during three of them. Others offer courses during all four quarters.

Dividing the school year into quarters is all about giving students an opportunity to accelerate their learning. Relying on quarters rather than semesters allows for more work in the same amount of time, which allows for graduating earlier. It’s really just a numbers game.

How Many Classes a Day in College? 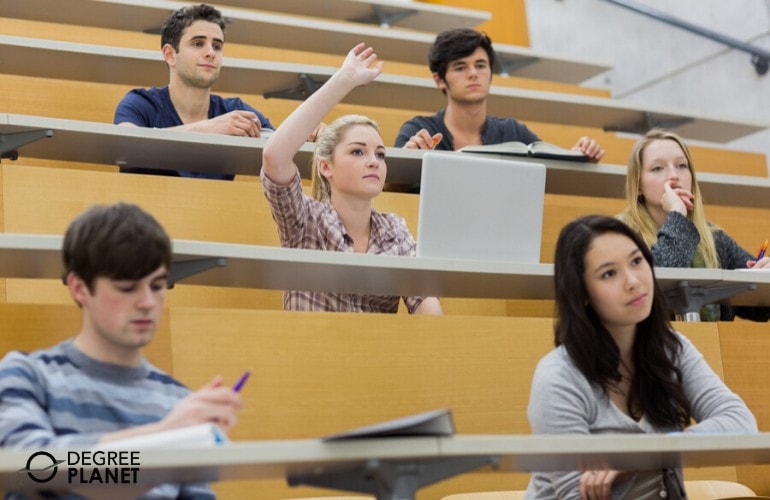 First-year college students frequently want to know how many classes they can expect to take in a single day. Unfortunately, there is no black and white answer to this question. Daily class loads depend on a variety of factors that are not necessarily uniform from one school to the next.

As a general rule, full-time students can expect to spend between three and four hours per day in class. The time can be spent attending multiple courses or just a single class. Likewise, students may attend class sessions for a single course multiple times during the week.

A better way to look at daily classwork is to look at credit hours. A typical college student can expect between two and four credit hours per day. Time not spent in the classroom is utilized for independent study and other activities.

Another thing to consider is that online courses don’t have to include scheduled class time unless the professor requires it for specific activities. Students are often free to do their work on their own schedules. For them, it might be easier to work on three or four courses for just a little bit each day.

How Long Is a College Year? 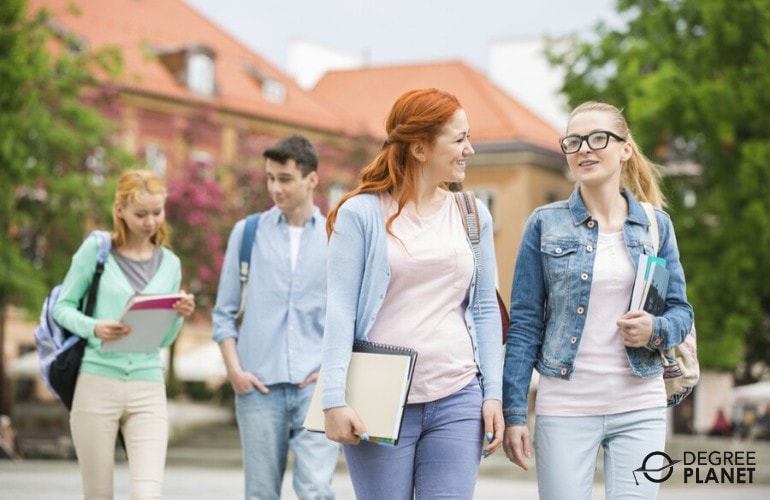 You can measure a college year in one of two ways. The first is to simply account for the total number of weeks spent completing courses. This would dictate a total of 32 weeks for school with 16 week semesters.

Regardless of how you measure, a college with a calendar based on the semester model will begin classes sometime in August and conclude sometime in May. This obviously excludes colleges that offer year-round courses by way of a summer semester or four quarters.

The online college year follows a similar structure. However, it is more for administrative purposes than anything else. Many online programs do not confine students to a specific calendar for doing their work. They can generally complete work at their own pace.

Examples of a Freshman College Schedule

Wondering how college classes work and fit into a daily schedule?

Here is an example of a traditional semester schedule for a freshman taking courses on campus:

Here is an example of a semester schedule for a freshman taking two terms of accelerated courses online.

Notice that the accelerated online schedule is not broken down into days and hours. This is because students are free to complete most of their work on their own schedules.