Is an Associates Degree in Web Development Worth It? [2021 Guide]

Home » Is an Associates Degree in Web Development Worth It? [2021 Guide]

Is an associates degree in web development worth it? We’ve provided information so you can compare career paths, salaries, and job growth to see if it’s the right degree for you. 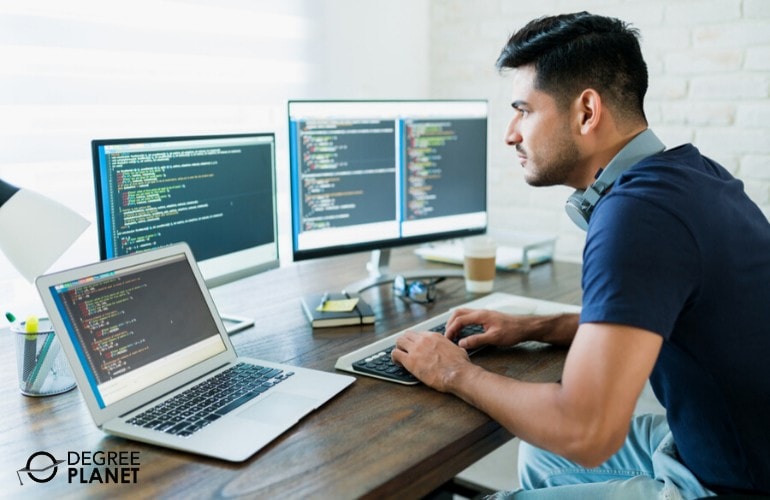 Earning an associates degree in web development online or on campus can help you prepare for a wide range of in-demand careers.

Since an associate degree can typically be earned in 2 years or less, the skills you learn may be applied to your new career quickly.

Is an Associates Degree in Web Development Worth It? 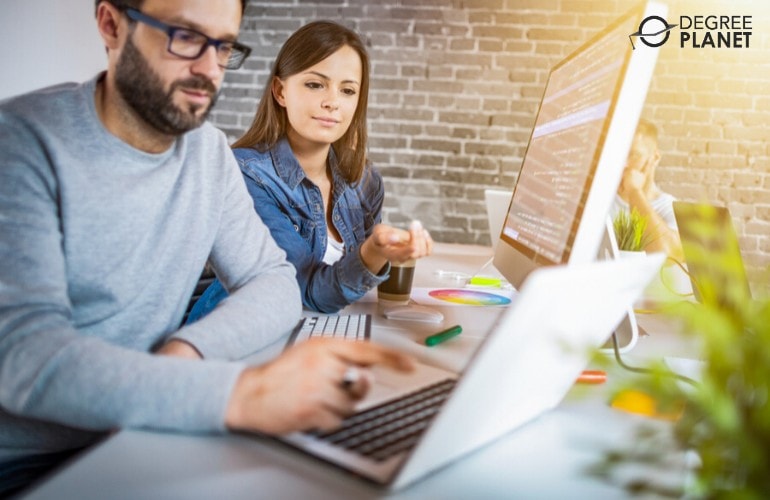 Yes, an associate degree in web development is worth it for many professionals. According to the Bureau of Labor Statistics, computer and information technology jobs are expected to grow by 11% over the next 10 years, which is much faster than the average for all occupations. Some careers in this field include web developers, front-end developers, web designers, systems engineers, and software developers.

Because of this potential for success, now may be a good time to find a great school and enroll.

There are some excellent on-campus and online web development degrees out there. There are even accelerated courses, which may help you get your degree in about a year!

There are several potential career paths someone with an associate’s degree in web development can take.

According to the U.S. Bureau of Labor Statistics, the following is a list of some of the jobs and average salaries those with associate’s degrees in web development often obtain. Please keep in mind that some employers look for a minimum of a bachelor’s degree to be considered for a few of these positions.

As shown, the median yearly salaries for many professions in the web development fields start over $50,000 and work their way upwards.

There are many potential jobs out there for people with degrees in web development. The most common jobs are front-end, back-end, and full-stack development jobs.

Full-stack development: If you’ve not already guessed, a full-stack developer is one who works with both front-end and back-end development. They create the technology to allow databases and websites to exist and everything the customer sees when using a site.

These are just a few of the jobs those with an associate degree in web development obtain. People with this degree often become game developers, database administrators, animators, programmers, and system analysts, to name a few more.

There is so much you can learn in a web development program, even at the associate’s degree level. These programs are typically designed to teach students how to build, update, maintain, and repair software, websites, online businesses, and e-commerce sites.

In addition to general education classes and electives, you will likely also be required to take several hours’ worth of web development and computer science courses, such as the following:

If these classes sound exciting, web development may be a good fit for you.

Web development classes often focus heavily on teamwork and team-building exercises. No matter what job you end up doing in the web development field, you probably won’t be doing it alone. People who work in computer science often have to collaborate with teams, both large and small, to successfully implement ideas.

Are Web Developers in High Demand?

According to the U.S. Bureau of Labor Statistics, the demand for web developers has steadily been growing, with a projected 8% increase for the next decade. This is a much faster growth projection than the average growth projection for other jobs.

So yes, web developers are definitely in high demand right now. With the current trend being towards higher e-commerce and online shopping rates, there’s most definitely a need for web developers to build, update, and maintain new sites.

We can’t promise you a job as a web developer, of course, but the need for web developers is definitely there.

Can I Be a Web Developer with an Associate’s Degree? 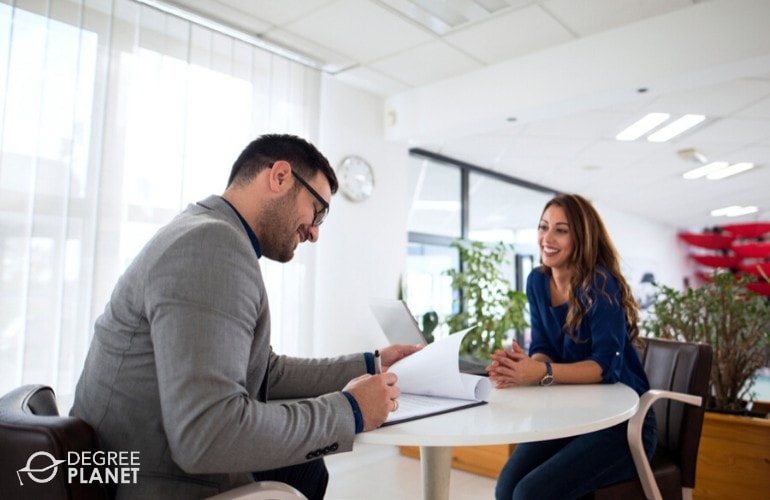 Actually, earning your associate’s degree in web development online may be a great place to start if you’re hoping to get a job as a web developer. Most junior developers start working in their fields shortly after receiving their associate degrees.

There are plenty of job opportunities out there for front-end, back-end, and full-stack web developers.

Since a number of web developers are self-taught with no formal education, having an associate degree in the field could potentially set you apart from other applicants with less education.

If you choose to go straight from your associate degree program to the workforce, you also have a couple of different options. If you’re happy with your job, you might become a full-time web developer, or you might go back to college and work toward a higher degree while continuing to work and earn money in your chosen field. 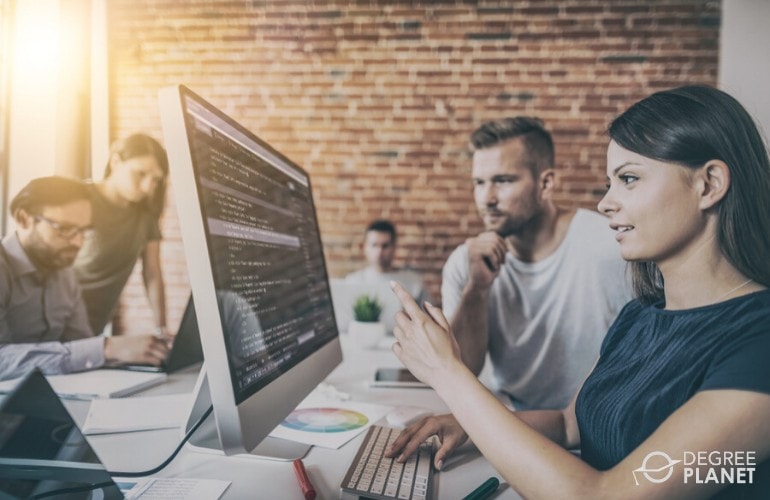 If you’re wondering if you need to stop after receiving your associate degree or continue on to earn your bachelor’s in web development, there is no hard and fast answer.

There are definite pros and cons of taking both routes.

Some of the upsides to getting your associate’s degree are:

Some of the cons of stopping at an associate’s degree are:

Some of the pros of going directly into school for your bachelor’s degree are:

There are cons of going straight for a bachelor’s as well, such as:

The choice of which degree to get will depend on your career goals and life situation. 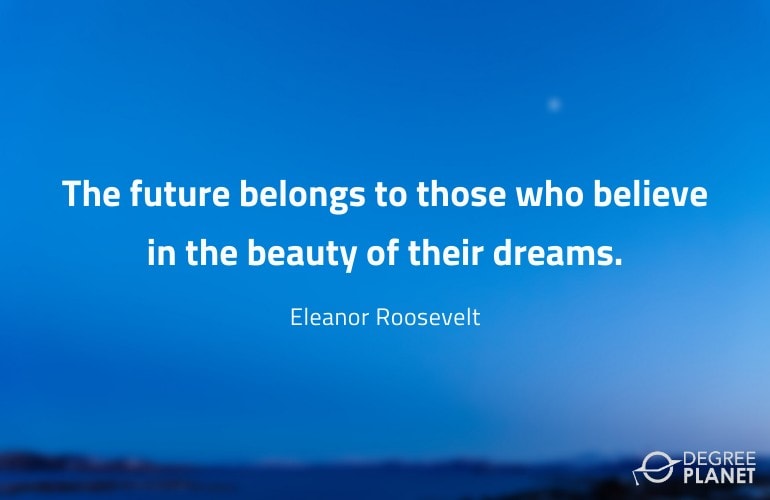 What Can I Do with an Associate’s Degree in Web Development?

A web development degree can help prepare you for a wide range of technology careers, such as game developer, programmer, web developer, computer support specialist, front-end developer, and more.

Do I Need a Degree to Be a Professional Web Developer?

Having a degree isn’t necessarily required to become a web developer. There are some professional web developers who are self-taught, and they’re making good money doing their jobs for reputable companies.

As with most jobs available today, though, having a degree can definitely help if you want to become a professional at anything. Hiring managers tend to respect people more when they’ve had formal education in their respective fields.

The same is true of web development. Also, people with degrees are often paid more than people without them. 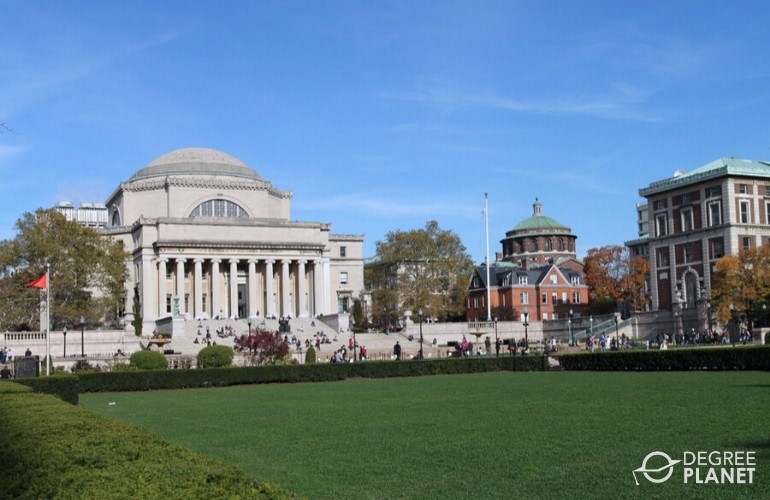 When it comes to selecting an online web development program, one of the most important things you can do is to make sure the program is regionally accredited.

If the school and program you choose are accredited, your degree should be accepted almost anywhere, even if you relocate out of the state.

Programs that have regional accreditation usually make transferring your credits pretty easy. If you’ve ever heard a horror story about someone attending college for two years only to transfer and find out none of their credits were transferable, this is probably because they attended a school with no or outdated accreditation.

There are many schools, both on-campus and online, that have web development accreditation. Usually, schools will list their accreditation status visibly on their websites. 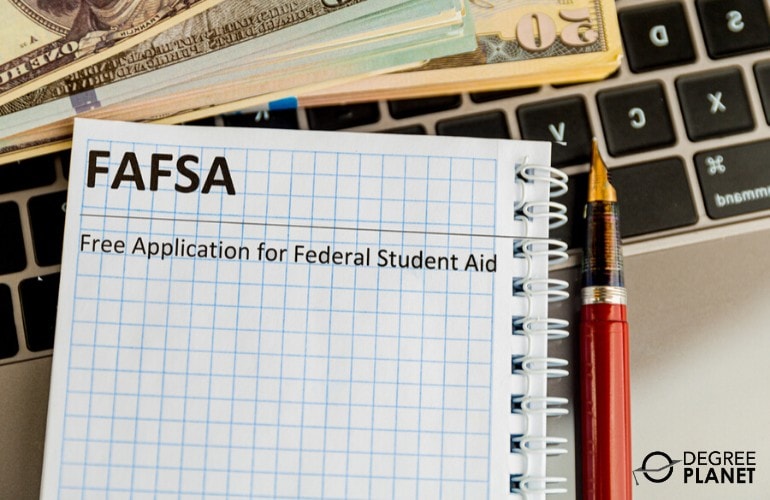 When speaking of financial aid, there are three main types:

Grants and scholarships provide “free money” that usually doesn’t have to be repaid. Loans must be repaid, usually with interest, so it is important to borrow responsibly and not accept loans you don’t need.

It can be very beneficial to try for all the grants, especially the Pell Grant, and scholarships you can get, though. Those can only help you, and they don’t have to be repaid as long as you don’t grossly misuse them.

Can you get federal financial aid assistance for online web development programs?

As long as your program is accredited and leads to an associate or bachelor’s degree, it should qualify for financial aid. If you’re in a short-term, certificate-only program, you may not be able to find financial aid assistance as easily.

Getting Your Associates in Web Development Online

Is getting an associate’s degree worth it? An associate in web development can help prepare you for a worthwhile career in the field of technology.

A number of accredited universities now offer online associate’s degrees in web development. Instead of having to sit in class on campus, you have the option to attend class almost anywhere and at almost any time, which is the ultimate flexibility.