What’s a good college GPA? As a college student, this can be an advantageous question to ask. Your GPA can have an impact on your college life as well as your future career plans.

Having a good GPA may give you access to more opportunities, and it can also increase your chances of getting into graduate school and standing out as a job applicant.

By getting clear on what a good GPA is, you can have a benchmark to track your performance and know when you’re excelling academically.

Many scholarships require you to maintain a 3.0 GPA, and it’s common for graduate schools to set this as the minimum GPA for acceptance into a masters program. To be considered exceptional, though, the usual bar is a 3.5 GPA or higher. You can think of this based on Latin honor designations:

If your GPA is 3.5 or higher, you may qualify for the dean’s list or honor programs. You can mention it as well in job applications.

For example, a student who’s taking more demanding courses in an honor’s program can have the same GPA as another student. The GPA of the first student can be seen as more impressive, though, because of the difficulty of their courses. For a more objective benchmark, you can try looking up the average college GPA by major.

What Is a GPA?

A grade point average (GPA) is a number that represents your overall grade based on college classes you’ve taken.

Most colleges in the US use the GPA system. The collegiate grading scale typically ranges from 0.0 to 4.0, with 4.0 as the highest. If you get a 4.0, your overall average grade is at least 93%, while a 0.0 would be a failing mark below 65%. There’s also a specific letter grade, A to F, assigned to each range of the GPA.

This table from the College Board shows how the GPA corresponds to percent grades and letter grades:

GPAs can be calculated for each semester or for all of the college classes that you’ve taken.

Your college GPA can influence your academic and career plans in several ways:

Your college GPA does matter, but it isn’t the only factor that you should focus on. But having a good GPA may offer some benefits that can help you make progress with your goals.

How to Raise GPA

Here are some practical tips for raising your university GPA:

What Is a Good Cumulative GPA?

A good college GPA is 3.3 or higher, but what is considered a “good” GPA can also be relative to your school. The average cumulative GPA is around 3.0, or a B, so anything higher than that is typically considered a good, or above average, GPA.

A GPA of 3.5 or above would be a very good GPA, to the point that it qualifies for Latin honors. Any honors you qualify for could be put on your resume as a standout point for recruiters. It could also bump up your chances of getting into a good graduate school.

What GPA Do You Need to Graduate College?

At most schools, the minimum GPA required to graduate is 2.0, or a C. This is also the minimum required for most types of financial aid.

Though colleges that accept 2.0 GPA are out there, most programs specify minimum GPAs higher than 2.0. Some schools have undergraduate majors that require a 2.5 or 3.0 GPA for graduation, so it’s beneficial to check your degree program for these requirements.

If a student’s GPA falls below 2.0, they might be placed on academic probation or even dismissed from their program.

Not all employers will look at your grades, but a 3.5 GPA may help you standout for jobs at large, prestigious companies. You’ll also be more likely to get admitted into top graduate schools with rigorous GPA requirements.

A 3.0 GPA is considered an average GPA. Many college programs set 3.0 as the lowest GPA for staying in the program. Since it’s considered average, it’s acceptable for getting into some graduate schools. It could can be more difficult to get into top-tier schools, though, especially in competitive fields like law and medicine.

Most employers are also satisfied with a 3.0 GPA, but there are some who look for a GPA of 3.5 or higher, depending on the company and industry.

What’s the Difference Between a Weighted vs. Unweighted GPA?

GPAs can be either weighted or unweighted.

It’s more common for colleges to use unweighted GPAs.

What’s the Difference Between a Cumulative GPA vs. Weighted GPA?

Here are some of the differences between cumulative GPAs and weighted GPAs:

A GPA can be both cumulative and weighted. If you calculate the average grade of the weighted GPAs of all your college classes, you can get your cumulative weighted GPA.

What’s the Difference Between a Cumulative GPA vs. Major GPA?

Here are the main differences between a cumulative GPA and a major GPA.

A cumulative GPA is more common overall, but masters programs tend to consider major GPAs in the application process.

Getting Your Bachelor’s Degree Online

Getting a good college GPA largely depends on your study habits and time management. You’ll likely be more motivated to study if you’re naturally interested in your classes.

Your GPA is only one factor that employers and graduate programs consider, though. They also look at your specific degree and the school that you studied in. Because of this, it’s essential to get your bachelor’s degree from an accredited school.

Many regionally accredited institutions offer their programs both in-person and online, letting you determine which learning method is best for your schedule and preferences. By choosing a high-quality program and maintaining a satisfactory GPA, you can expand your job opportunities or pave your way toward a graduate program. 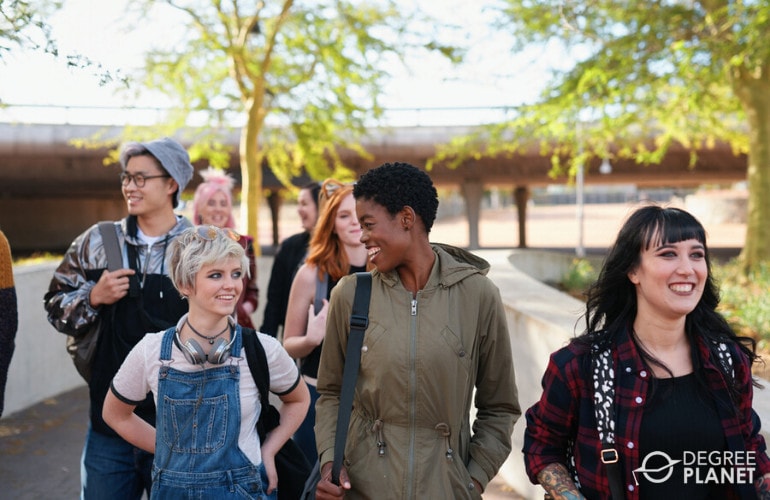 WRITTEN BY
Ima Ocon
Ima holds a Bachelor of Science in Computer Science from Ateneo de Manila University, with a minor in Philosophy. She also participated in the Global Summer Program at Singapore Management University. Currently, she is pursuing a graduate certificate in counseling.